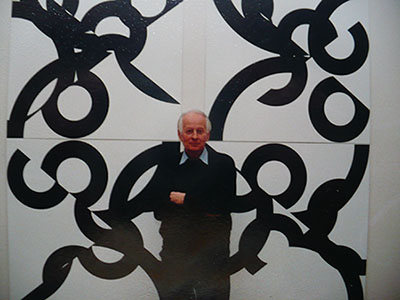 1927 Painter, graphic artist and photographer Jan Kubíček was born in Kolín, where his father worked as a typographer at Bayer Printers. During times of economic crisis, however, the elder Kubíček was forced to abandon his profession. He ended up working in a small convenience store, which was managed by his wife Božena.

1943-1947 Kubíček studied at the Kolín Gymnasium, where he became acquainted with future artist Jiří Balcar, who remained a close friend until his untimely death in a car crash in 1968.

1949-1953 Kubíček studied at the Academy of Arts, Architecture and Design in Prague under the tutelage of Professor Jan Novák. In freeform he was particularly devoted to the urban environment. He painted during his holidays in Slovakia. From this period we find pastels, drawings and oil paintings depicting the Slovak countryside and toiling peasants.

1953 Kubíček participated in his first exhibition jointly with Jiří Balcar, presenting their work at the Kolín Museum.

1954-1957 Kubíček studied at the Academy of Performing Arts in Prague, specializing in scenography under the tutelage of Professor František Tröster. During his studies there he obtained his first studio, in a temporary extension of a building on Purkyňova Street. After completing his studies, and in addition to pursuing his freeform artwork, he earned his living as an illustrator for the Czech children's publishing house Albatros, an arrangement lasting until the 80s.

1965 In a solo exhibition at Prague's Hollar Gallery, Kubíček presented his aesthetic appreciation of fonts (Lettristic images). Jiří Padrta, who had written the catalog text, gave the opening speech. Padrta was one of the most influential Czech art theorists during the 60s and 70s and a pioneer of the “new sensitivity”. That same year, Kubíček was awarded 2nd prize at the International Exhibition of Calligraphy in Tokyo. 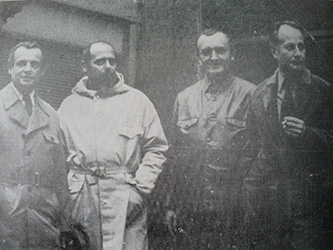 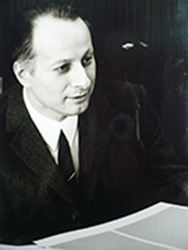 in the publishing office of the major German Neswpaper "Frankfurter Allgemeine", 1968

1967 A Kubíček exhibition was held at the Gallery of Jaroslav King at the Brno House of Arts, curated by Zdeněk Felix, featuring new Constructivist works.

1968 During the Soviet occupation of 1968, Kubíček took the advantage of the chaos at the border and transported his artworks without permission to a solo exhibition at Gallery Teufel in Koblenz. Concomitantly in Bohemia the touring exhibition “New Sensitivity” ended. Beside Kubíček and other Constructivists (Sykora, Malich, Demartini, Kratina), many other innovative artists participated in that show. The exhibition first opened in Brno, then traveled to Karlovy Vary and finally to the Mánes Gallery in Prague. There, the exhibition ended prematurely—in addition to other aspects of society, the occupation was directly concerned with the field of art. During a two-month stay in West Germany, Kubíček met with a bevy of like-minded artists from free countries. He became acquainted with Heidi Hoffmann, who led a famous concrete art gallery in Görbelheimer Mühle near Frankfurt. Hoffmann and her husband, H. J. Slusallek, printed one of the first graphic works by Kubíček for an edition, and their cooperation continued until the artist's death.

1969-70 Kubíček presented a radical exhibition at Galerie Václava Špály in Prague. It was considered the very first Czech minimalist installation. From then until the end of the 80s Kubíček was not permitted to exhibit in his home country.

1972 Kubíček met with Günther Uecker of the Düsseldorf group ZERO, and with his artistic contemporaries Thomas Penk and George Karl Pfahlerem later also the Swiss Constructivist Richard Paul-Lohse. Sporadic contact with current artistic trends abroad were an invaluable confirmation of his own artistic path. 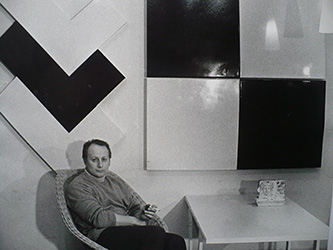 in the study in Purkyňova street, 1971

1978 Owing to the construction of the famous department store Máj, Kubíček's Purkyňova Street studio was subject to demolition without compensation. The artist continued to paint in an old baroque house in Prague's Malá Strana district.

1985 Kubíček exhibited photos in the Brno Cabinet of Photography, where the House of Lords of Kunštát classified him as a Czech photographer. 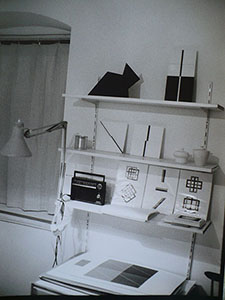 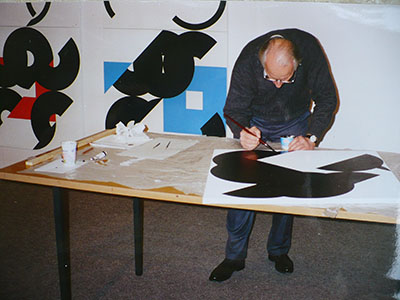 1989 After nearly twenty years, Kubíček again exhibited his paintings in his home land in the Prague gallery Opatov, which was then managed by Jaroslav Krbůšek.

1990 For the first time since the occupation, Kubíček travelled abroad. He participated in the project “konkret zehn” in Nuremberg, where he established contacts with other artists (Diet Sayler, Dora Maurer, Gianni Colombo, Garry Woodley and Imre Koscic).

1992 Jiří Valoch prepared a partial retrospective of Kubíček's work in the Brno House of Arts. 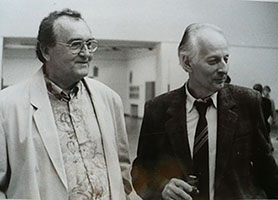 with the painter Zdeněk Sýkora in Kubíček´s exhibition in Brno, 1992 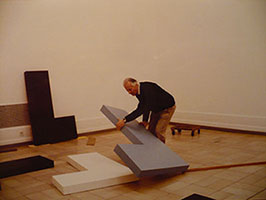 1993 An extensive cross-section of the artist's work was presented at the Wilhelm-Hack Museum in Ludwigshafen (Jan Kubíček: Paintings 1958-1993). After years of normalization, Kubíček again met with artists and friends with whom he had made contact during the late 60s.

1995 Jiří Valoch and Jan Sekera introduced Kubíček's exhibition Systems and series in the Prague Hus Hall. In the same year, Professor Hlaváček presented in his Prague gallery 60/70 the Kubíček exhibition Paintings from the Early 60s. 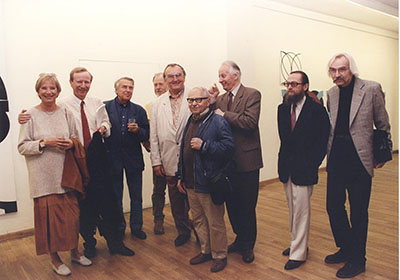 in Prague exhibition "Systems and series", 1993

1999 Kubíček won the Vladimir Boudník Prize for best graphic work of the year. In subsequent years, interest in the artist's work was and is rising, and the number of Kubíček exhibitions have increased rapidly. Only the most prominent are mentioned here.

2002 Prague was heavily flooded. At the last minute, Kubíček vacated his studio. Several art pieces that remained in his studio were damaged. The reconstruction of the flooded rooms was difficult. Kubíček had to wait for two years before returning to his studio space. 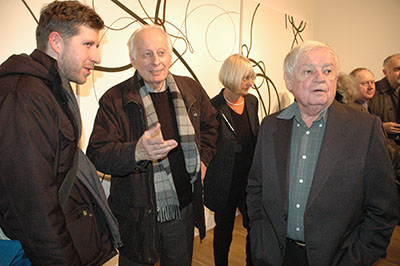 2010 After several years, Kubíček's work returned to his hometown Kolín. At an exhibition entitled Together, the artist presented a selection of his work along with photographs by his daughter Kateřina. During the same year he was also the main guest at the 8th Funke's Kolín Photography Festival, and Galerie Zlatá Husa in Prague held the exhibition Cycles, which included his photographs from the years 1951-1985.

2013 Due to health complications Kubíček moved from Prague to Kolín, where he died in October 2013.

2014 Prague City Gallery organized an extensive retrospective depicting Kubíček's life work. The following year, a large part of this exhibition was exhibited abroad. The first book about Kubíček and his work was published. 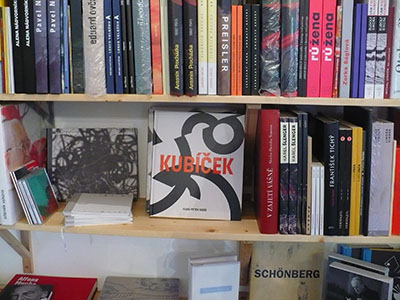